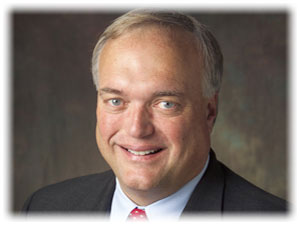 Licking County Commissioner Tim Bubb is a Licking County native and graduate of Newark High School. He received an undergraduate degree in Communications from Ohio University in 1974. He graduated from the National Chamber of Commerce Institute for Business and Organizational Management at the University of Notre Dame in 1982.

Tim and Marianne Bubb, now residing in Heath, have been married since 1976. They have three grown sons, two granddaughters and a grandson.

During his eight year Chamber of Commerce career Bubb worked to bring new business and industry to the community, and established a wide range of business support programs while at the Chamber.

In the early 1980's he served three years on the Commander's Staff at the former Newark Air Force Station, serving in a communications capacity.

Bubb has been dedicated to improving literacy through better public library service in the community. He served as a Newark Public Library Trustee for 20-years and Board President for 10-years. In 1998 he led the community effort to fund and construct a new $9-million state-of-the-art Library in downtown Newark. Tim worked developing and improving regional library service at facilities in Hebron, Utica and Johnstown.

Bubb was overwhelmingly elected Newark City Treasurer in 2002, and served three years in that capacity handling all City income tax income and investment of public funds.

Elected as Licking County Commissioner in 2004, Commissioner Bubb has been a leader in County government and served as President of the Board of Commissioners since August of 2005.

Having grown up in this community and returning here to work after college, Commissioner Bubb has a long list of community involvements and achievements. He served as a Board Member and President of the Land of Legend Festival. He was a driving force in bringing the first Babe Ruth World Series and later the World Friendship Tournament to Newark's Don Edwards Park.

When Licking County Crime Stoppers was formed, Commissioner Bubb served as a Board Member and Board Secretary for seven years.

Commissioner Bubb has been a member of the Newark Lions Club since 1976, and served as Club President in 1979.

Since 1975 he has served in various capacities including President, Treasurer and Board Member of the community's Courthouse Christmas Lighting Committee, keeping the tradition alive for County. It is a project that dates to 1949.

In 2007 Commissioner Bubb joined the local Salvation Army Advisory Board. In addition to supporting community outreach, he was also heavily involved in the $3-milliion community fund raising effort to modernize the east Newark facility, and add a new wing to increase service to homeless families and individuals.

In 2015 Commissioner Bubb, along with Sarah Wallace of the Thomas J. Evans Foundation and Newark Mayor Jeff Hall, were honored with Licking County Impact Awards from the Greater Licking County Convention and Visitors Bureau for the development of the Canal-Market Entertainment and Commercial District in downtown Newark.

Having grown up in Licking County, and educated here as well, Commissioner Bubb takes great pride in his lifetime of community achievement and involvement.