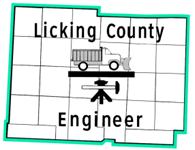 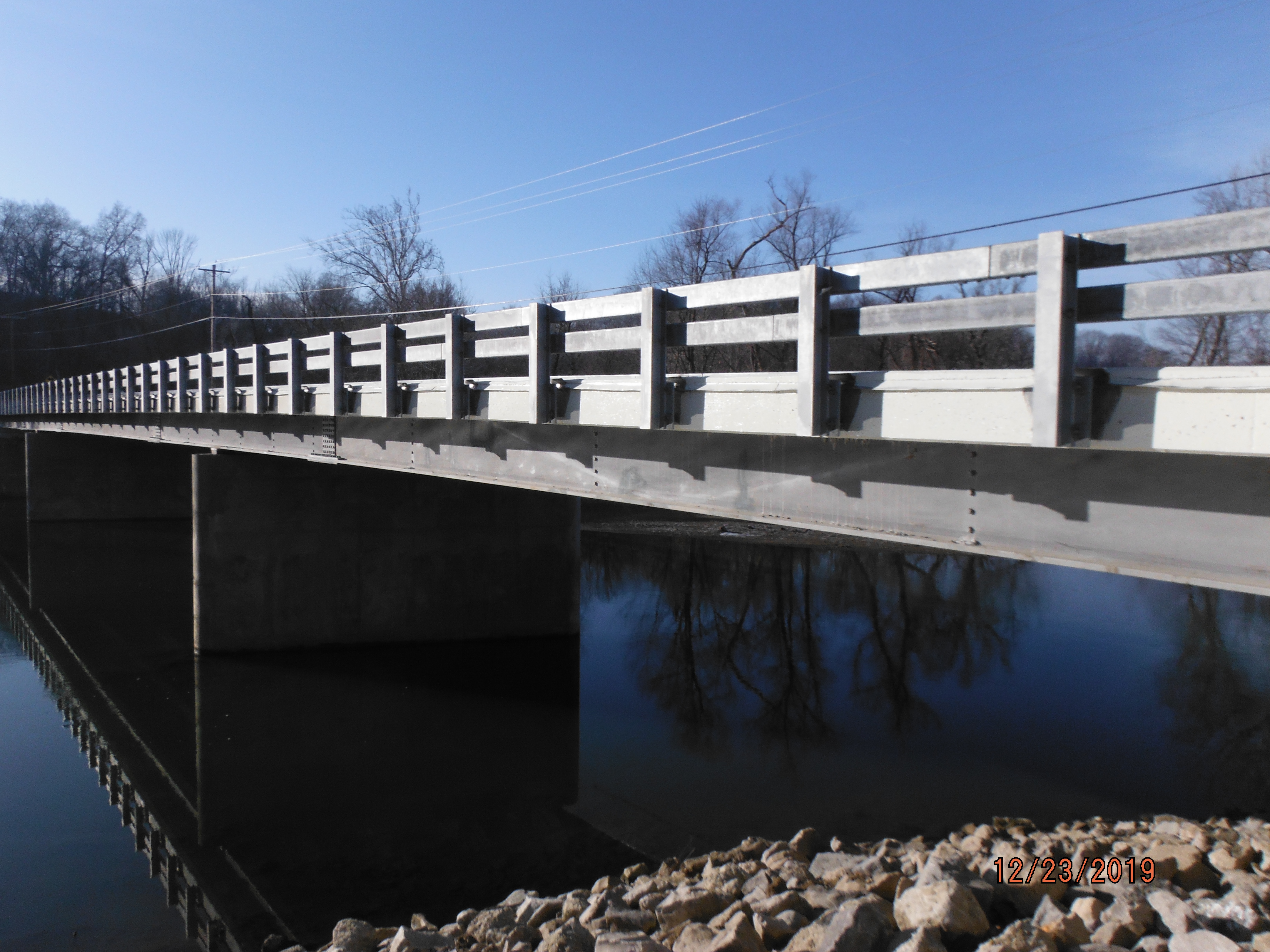 The mission of The Licking County Engineer's Office is to provide prompt, courteous service to the public, while fulfilling our obligations set forth by the Laws of Ohio in the most efficient and cost effective manner possible.

The bridge on White Chapel Road over Dutch Fork Creek east of Lake Drive was closed by the Licking County Engineer on April 2, 2019 due to a hole that appeared in the roadway behind the east abutment. The hole was a result of severe erosion of the creek embankment below and behind the abutment. Additionally, the erosion is deep enough (25 feet or more) to have removed supporting material around the bearing piles of the abutment, which compromises the stability of the entire structure.

Initially, a “quick fix” of filling the void with 100 cubic yards of concrete was considered with no guarantee that the problem would be solved. The flash flooding in March 2020 proved that the quick fix would have been unsuccessful given that the void has more than quadrupled in size.

Several factors make this a very complex problem including the height of the slope, the gravelly nature of the creek banks and the violent storm flows associated with Dutch Fork. Additionally, the bridge is only 10 years old, and the Engineer’s Office didn’t foresee having the deal with this site again for the next 30 years.

A consulting firm was requested to evaluate the situation and provide recommendations. Three options were presented, including either repair or replacement, the costs of which ranged from $300,000 to $900,000. The unfortunate truth is that there are 117 other poor or marginal bridges throughout the County that also need attention.

The consulting firm is currently in-contract to develop plans for the repair option. We hope to have the plans completed in 2020, after which we will both bid the project and also set aside money in 2021.